Having been a Vic collector since the mid 1990s, I am always a fan of unreleased songs (See: Amazing Little Parlor Games) http://debriefingthemusicandartofvicchesnutt.blogspot.com/2011/07/amazing-little-parlor-games-volumes-1-9.html 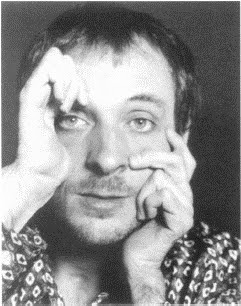 I've spent countless hours searching the web, referencing setlists, reading interviews...all in the hopes of learning more about the depth of Vic's recorded works. The man was prolific, to say the least.

Vic mentioned that he had hundreds of unreleased songs, and I can believe it. It wasn't out of character for him to write a song and then play it in front of an audience that very evening. He was all the time testing the waters. Whenever I would go see him play, I always had a secret hope that he would debut a shiny, brand spanking new song that night. Sometimes I did indeed get lucky...especially if Vic knew that I was recording the show. He always seemed to dig the 'Parlor Games' comps and I think he liked the idea of having a recording down for posterity. 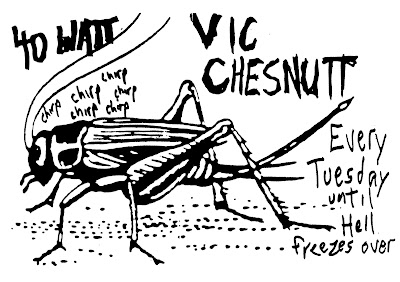 In my quest to find these unreleased gems, I've always had a short list of songs that hovered in my periphery...songs that were like whispers, and that I just had to locate. Some were one-off performances and others early nuggets from his Tuesday night residencies at the 40 Watt. My fear has often been that these rare songs just disappeared into the ether and were lost forever.  One of these songs was the song 'Superglue.' I know of only one live performance and, up until recently, was unaware of any demos or studio recordings. Thankfully, my fears were unwarranted and I now have both to share with you (albeit the live version is truncated.)

The demo version recently dropped in my lap (along with a slew of other early demos/sessions) and it's a fun, albeit rough, listen. Kelly Keneipp wrote the music while Jack Logan and Vic sang over Vic's almost indecipherable lyrics. It was recorded at Kelly's studio, in Winder, GA, sometime around 1988 to an old 8 track machine. I don't think it ever got a full, professional treatment. The choir of background vocals were all performed by Jack.  (Thanks to Kelly Keneipp and Jack Logan for the specifics.)

The live version comes from an Athens, GA show in 1992 that was promoted as the "Beat Bush Bash." Vic's set was rife with anti-George Bush comments and chants of "Bush is a woosh!" It was an unusual ending to a fun, anti-politico set, and the performance is very different than the demo from a couple of years prior. I believe that Vic is performing with The Skiffle Group, with Tina on bass, Alex McManus on guitars, and Jimmy Davidson on drums.

As for the song itself...it's slightly different from the early Vic that we've come to know and love. Somehow though, it fits into the musical canon from that time. Lyrically, there are references to psychopaths, philosophy, and hanging someone from an I-beam (which is a reference to a vintage TV add for Krazy Glue, where a man in a hard hat is glued to a beam, and suspended from on high.)

Due to the quality of the demo, the lyrics are not fully intelligible, and unfortunately, I have failed to accurately transcribe them. What can be deciphered, however, comes through with an accusatory tone....with warnings of the trappings of addiction and the cause and effect of 'doing glue.' I wish I knew more about who this song was directed towards, but at this moment, that info seems to be forever lost. 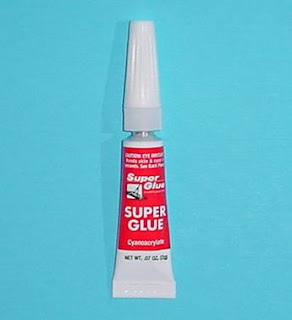 Nevertheless, it's still an interesting listen, of a rarely documented aspect of Vic's early career. Most of the early recorded output from Vic is as a solo troubadour, and rarely with a band... let alone background vocals. It's in such stark contrast to 'Little' which makes this such a gem. I for one, thoroughly enjoy Vic wrapping his southern drawl around the word 'super gloooooo' and the addition of the ad hoc guitar solo is just icing on the cake.

Enjoy this rarity, and if you feel so inclined, I would appreciate some help with deciphering the lyrics.

Just as easy as possible you redo every little thing.
With a tight grip on on the joystick and a loose lipped philosophy.

Whatever it takes to float your boat, yeah, take the trash and throw it in the moat.
Drop the bridge and span the ledge, ???????? whose looking through the hedge.

Super Glue, might hold your smile from ear to ear, but doing glue won't rinse off without a smear.

Crack the bat against this psychopath.
Bask in the glory of the aftermath.

It's amazing to watch you work, yeah your pissed position is without a flaw.
The way you keep them sliding on and on ?????

You are master of the measly, yeah ??????
If a tasting just ain't a drag. yeah their ain't no voices in your head to nag.

Super Glue, might hold your smile from ear to ear, but doing glue won't rinse off without a smear.

Here's the demo version from the late 1980s

And here's the only known live version, recorded at the 40 Watt Club, on October 17, 1992.
(Big thanks to Captain  Bogart for the recording!) 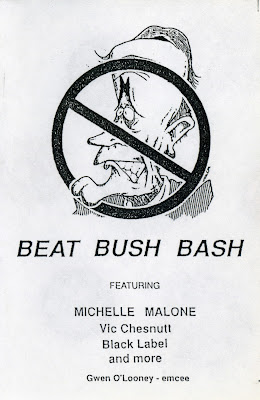 And here's a completely unrelated video for that Krazy Glue commercial from 1980.

Posted by Charles Fontaine at 8:08 PM