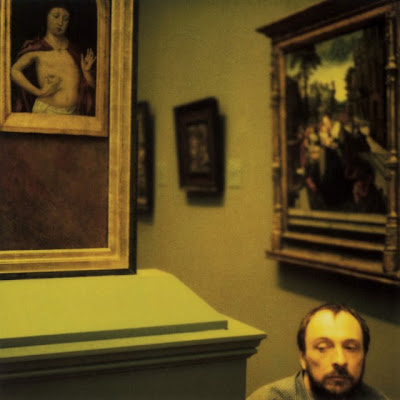 Throughout Vic's career, he often composed songs that where relative to his situation, or revolved around circumstances that where part of his life. These songs often felt inspired and deeply personal, even if they were non-specific or unclear. No song, however, felt as honest and as autobiographical to me as "It is What It Is."
Lyrically, it's so detailed and poetic, while at the same time, vague and ominous. There are references to his physical disability, his adoption, his career, his disposition, his beliefs, his heritage and his death. In his poetic verses, Vic created a beautiful 'self portrait.'
The song was first performed in Newcastle Upon Tyne, in England in May of 2005, and then dropped from set lists by the end of that year. It could have been forgotten... another lost Vic masterpiece. Thankfully, it was resurrected and formulated for release on At The Cut.
In an introduction to this song at the Tribeca in New York in 2005 (featured below), Vic said the following. "You know how in hip hop, these days, ...it's, um, a very popular form of music. I don’t know if you've ever heard it....but they, um, often like to brag about themselves. This song is not like that."
There are numerous references to “hideous” characters like the Hunchback of Notre Dame, the ‘speckled monster’ Caliban (from Shakespeare's The Tempest), and the Phantom of The Opera. As unfortunate as it is, it appears that Vic did see himself as some sort of deformity, or creature.
His reference to Henry Darger suggests that Vic considered himself in the same light. Both were adopted, both were sarcastic and sharp witted, both were outsider artists, and both suffered from mental disorders (Darger from paranoid schitzophrenia and Vic, of course, from clinical depression.) He also highlights (lyrically) W.H. Auden, one of his favorite poets, and someone whom I believe he tried to emulate on several occasions.
All in all, this song feels like a reflection back on a life that was not as the writer had once envisioned. It’s sad and aware, while at the same time being nostalgic and confused. I do enjoy this song, but it’s also a very hard listen, knowing what happened in the ‘looming blackness.’
The fact that he uses the word obsolescence saddens me most. For Vic to think that he was was no longer viable hurts my spirit. There are so many people who would have disagreed with him, and I hope it was just a lyrical turn of phrase, and not a dogmatic principle in his life.
Vic was what he was…and what he was was great.
Further info:
http://www.hammergallery.com/Artists/darger/Darger.htm
Here's the album cut:

And a live version:

IT IS WHAT IT IS

I am a monster

Or Caliban the natural man

Giving wild ripostes to my reflection

No matter how enthusiastic

Amid the masses’ frenzy

Nothing is how it seems

I’m the phantom of the opera

Singing beauty and at ease

And that is curt clues to my essence

Nothing is how it seems

In a market economy

And not exactly clawing my way to glory

Nor whimpering in the wind

I’m teetering on the brink

Of an all-out breakthrough

I am syrupy optimistic one moment

Then gravely pessimistic the next

Irritable as a hornet sometimes

Then agreeable as it gets

I’m not a pagan

I don’t worship anything

Not gods that don’t exist

Nor the sun which is oblivious

I love my ancestors

I don’t blame them or praise them

For anything that they passed along to me

I don't need stone altars to help me hedge my bet

Against the looming blackness

It is what it is

Posted by Charles Fontaine at 9:44 AM