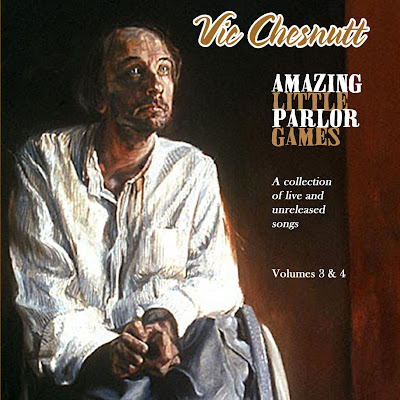 I made the trip a week last, to the Vic Shows at the 40 Watt, in Athens. It was a fascinating, albeit emotionally exhausting tribute to the man whom was loved by so many. The performers where an array of national acts, Athens' locals, fellow songwriters, musical friends and former collaborators...each of whom had a special connection with Vic and his art.

One of the many highlights, on Saturday, was a special performance by Silver Mtn. Zion and Guy Picciotto...Vic's partners in crime on At The Cut. Sitting in on vocals was Vic's niece and an amazing vocalist in her own right, Liz Durrett. This ensemble performed, what I consider, the best song of the evening, and a song that Vic never committed to a studio album... This Cruel Thing. 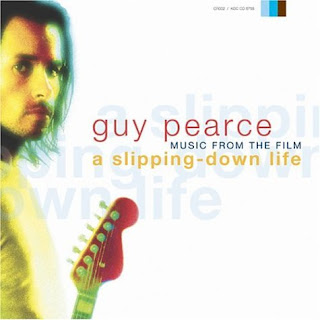 This Cruel Thing is a rather old song. The earliest performances dating back to the early 1990s, and even though a studio version has yet to surface, the song isn't completely unknown. Vic licensed it for the soundtrack to the movie A Slipping Down Life where it was performed by actor Guy Pearce. I like that version and it's included below.

Lyrically the song draws heavily from a sentimental Civil War ballad entitled Weeping Sad and Lonely (When This Cruel War is Over.) The ballad, penned by Charles Carrol Sawyer, is considered to be one of the most widely adored songs from the period, despite critical opinion to the opposite. Most critics panned the song as being "commonplace" and having a musical structure that was 'flimsy' and unmelodious. Not everyone agreed, however. It was heralded as "the greatest musical success ever known in this country" by the Cleveland Leader when the song was still contemporary. They went on to add that the "melody catches the popular ear and the words touch the popular heart." Despite that digression, the song sparked numerous musical replies, parodies and became popular on both sides of the battlefield.

Vic's deference is lyrically comparable, and melodically it has its similarities as well. The first line, for example, is almost identical to the title of the former composition. The original focused on the thought of the time in which it was written, and the hope of no more conflict or battles. Vic took that idea and ran with it, crafting a beautiful lyric around a touching melody and a song which becomes bittersweet with the foreknowledge of the events that occurred last Christmas.

Vic always felt in battle with life...whether it be physically or otherwise. He always seemed to make the best of his situation, but the conflict always seemed to be prevalent, and I can see why he would be drawn to the emotion of the original.

This song has always been a personal favorite of mine, and the version at the 40 Watt tribute validated that opinion. Vic's live versions are a fantastic listen, but Liz singing her version, backed by Vic's final band, caught my ear and touched my heart.

Whether a studio version, by Vic, will ever surface or not is unknown (Edit: it does exist and it is fantastic.) It's also just been recorded and is intended for inclusion on the upcoming album by Vic's former collaborators Widespread Panic. I'm glad that it wont be forgotten. (Second edit: That version is included here as well.)

Here's a live version by Vic: 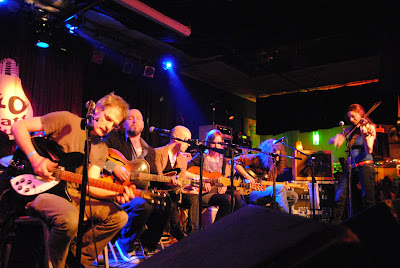 And often dreams I see you
On the battle plain
Sadly breathing...falling
When this cruel thing is over

If a mid din of battle
Nobly you should fall
I'll whisper words in honor
When this cruel thing is over.
Posted by Charles Fontaine at 7:05 PM