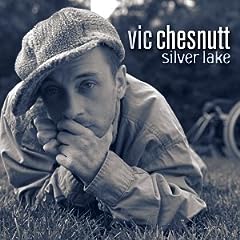 The last song on Vic's 2003 release 'Silver Lake' is a lovely, poetic reflection on life, and an uncharacteristically direct admission of worthiness to those things that make it worthwhile.
The album, which garnered critical acclaim when it was released, is one of Vic's slickest productions, and was recorded, essentially live, over a two week period, at the historic Paramour Mansion in Silver Lake, California.

Oxford American magazine once said that "Where Bruce Springsteen was born to run, Vic Chesnutt was born to curl up in a ball and cry." On previous releases, that may hold true. However, Silver Lake is a far cry from that declaration. In fact, the songs on Silver Lake are less dirges and more anthems. The song is an open conversation between Vic and what he playfully referred to as his 'Greek Chorus.'

Again, the crowd reacted. This time with 'whoops' and laughter.

"There's also some songwriting going on in there, so don't confuse the two, or else, you make me sound like a pervert, or you might think I'm a pervert."

"Never!" retorted a female spectator.
"We love you Vic!" and "We love perverts!" shouts also fill the air.

Despite Vic's tossed off intro, he was correct. There is indeed some songwriting happening in this song. The first stanzas in this song relate to the the creative process, and the technique and dedication needed to produce something artistic or worthwhile. When the chorus asks Vic if he thinks it makes a difference to the outcome, his response is "Yes."

Secondly, Vic focuses on relationships, and the intimacy involved. Poetically, he addresses the physicality of the act of love. When asked if he feels silly (or embarrassed) of course he says "No."

The last stanza of this song focuses on finding happiness in the smallest things. Again, a question is posed, as to whether he deserves happiness. Without question, Vic answers correctly.

I find this song to be an emotional upswing for Vic. He finally has come to the realization that he deserves the happiness, success and love that he has been blessed with. Honestly, during that time, Vic was the most pleasant, and charming that I think I've ever seen him. Things seemed to be good in his life, and this song is a direct acclamation of that fact.

It's unfathomably sad the way things ended up with Vic, but I take comfort in the knowledge that he, for a brief moment, at least, was able to find solace and be happy in the fact that he was, and is, deserving of such things.

I've attached two songs below. The first is the studio cut for the album. It's beautiful, and uplifting. The second is a demo version, with a sparse arrangement and an unfinished feel. The demo comes from a book of poetry entitled "Isn't It Romantic- 100 Love Poems By Younger American Poets." The book came with a bonus CD which included the track, as well as songs by Doug Martsh, Chuck Prophet, The Silver Jews and Magnolia Electric Co. 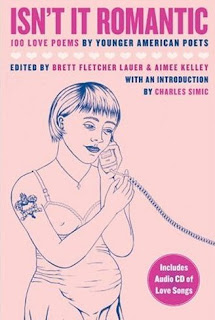 Here's the studio cut.
And the demo.

IN MY WAY, YES

Do you think it makes a difference?
I say yes


Taking my time
Working on lines
Fingers in clay
Everyday

Do you think it makes a difference?
I say yes
In my life yes

Don't'cha' feel silly?
I say no
With my love no

Do you think you deserve it
I Say Yes
In my way Yes
Posted by Charles Fontaine at 2:32 PM