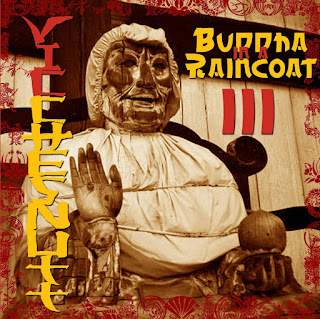 Apart from the live Amazing Little Parlor Games sets that I compiled over the years, I also offered a series called Buddha in A Raincoat. The focus of that series was to make available studio tracks, covers and collaborations of Vic's songs that didn't appear on his official releases. Now in it's sixth volume, 114 tracks have been made available via this series.

Included here is one of those tracks. It's a cool cover that Vic made in his attic studio sometime in the mid-2000s. He put it up, on his old website, as a free download, along with a plethora of other various demos and outtakes. It's a real treat to listen to Vic cover a song by one of his favorite bands.

The Beatles version was recorded in 1968, and original appeared on the album Yellow Submarine. Their version, an accidental classic if you will, is a bit more lively, eccentric and 'fab' than Vic's. The original take (entitled You Can Talk To Me) just featured John 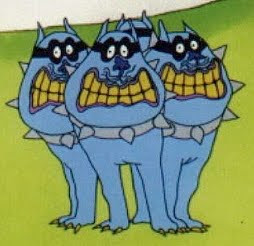 Lennon on piano and isn't too dissimilar, however. John Lennon wrote the lyrics and the band fleshed the song out in the studio, in just one evening. Lyrically, its a tour de force of lunacy, yet still profound. I love the lyric, "Some kind of solitude is measured out in you" and the line seems somehow fitting in Vic's life.

Vic once referred to the Beatles as his only friends while growing up in Pike County, Georgia. It's not hard to understand that he would have been influenced by the songwriting of Lennon and McCartney. They wrote catchy songs, had amazing lyrics and the vocal structures are very detailed and unique. Hey Bulldog has been characterised as having "lyrical impressionism." In other words, the song focuses on atmosphere and suggestions, rather than focusing on story lines and emotion. Some of Vic's lyrics revolve around that same idea, especially on some more reason albums.

I love the tone and the atmosphere on Vic's cover. It's very simple, yet affective...and very haunting. I would have liked to hear him tackle some other Beatles classics in the studio as well, but I'm more than content with having just this one. 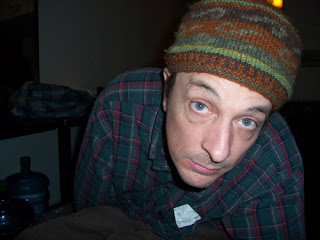 And the version by the Fab Four: